What’s getting harder to justify, though, is a focus on any one nutrient as a culprit for everyone.

As with other bad guys in the food wars, the warnings against red meat are louder and more forceful than they need to be.

Americans are more overweight and obese than they pretty much have ever been. There’s also no question that we are eating more meat than in previous eras. But we’ve actually been reducing our red meat consumption for the last decade or so. This hasn’t led to a huge decrease in obesity rates or to arguments from experts that it is the reason for fewer deaths from cardiovascular disease.

Scientists have long been unable to find exoplanets—planets outside the solar system—beyond the confines of the Milky Way. After all, our galaxy is a warped disc about a hundred thousand light-years across and a thousand light-years thick, so it’s incredibly difficult to see beyond that. But now, a new study is saying there could be extragalactic exoplanets.

The study, published February 2 in The Astrophysical Journal Letters, gives the first evidence that more than a trillion exoplanets could exist beyond the Milky Way.

Using information from NASA’s Chandra X-ray Observatory and a planet detection technique called microlensing to study a distant quasar galaxy , scientists at the University of Oklahoma found evidence that there are approximately 2,000 extragalactic planets for every one star beyond the Milky Way. Some of these exoplanets are as (relatively) small as the moon, while others are as massive as Jupiter. Unlike Earth, most of the exoplanets are not tightly bound to stars, so they’re actually wandering through space or loosely orbiting between stars.

In reality, DST is an eight-month experiment designed to make life, well, more pleasurable for humans. The basic idea: In the Western world, we typically spend more awake time in the evenings than in the mornings. We also enjoy many benefits from being awake in the sunshine.  is a good place to read about vitamin D, increased exercise, increased socializing, and overall improvements to mental health that come with sunlight. 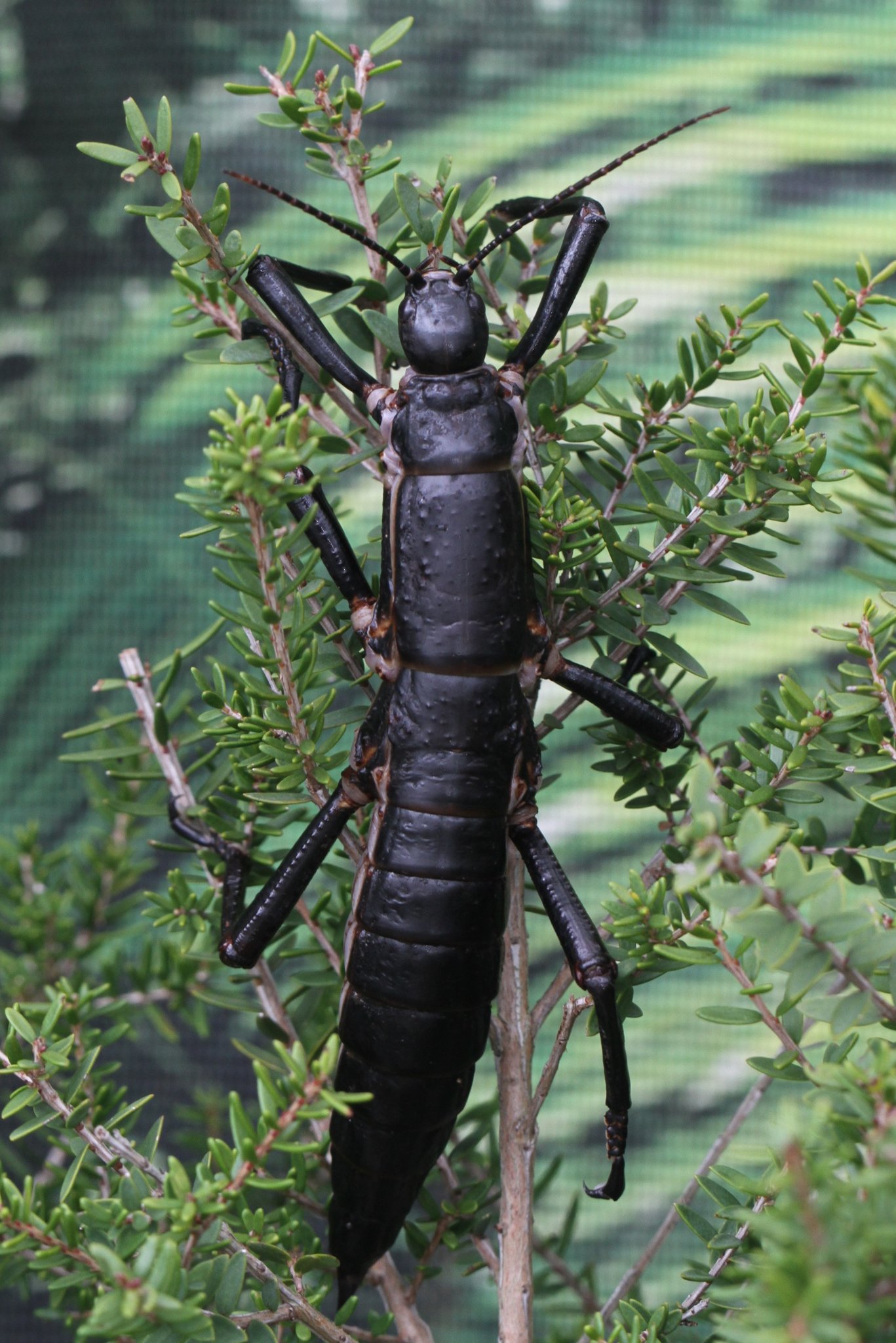 The tree lobster, one of the rarest insects on Earth, has lived a rather twisted life story.

Scientifically known as Dryococelus australis, this six-inch-long stick bug with a lobster-esque exoskeleton once occupied Lord Howe Island in the Tasman Sea, between Australia and New Zealand.

In 1918, rats escaping a capsized steamship swam ashore. The tree lobsters became rat chow. Two years later, all tree lobsters seemed to have vanished, and by 1960 they were declared extinct.

But in the latest chapter for what has also been called the Lord Howe stick insect, scientists compared the genomes of living stick bugs from a small island nearby to those of museum specimens, revealing that they are indeed the same species. 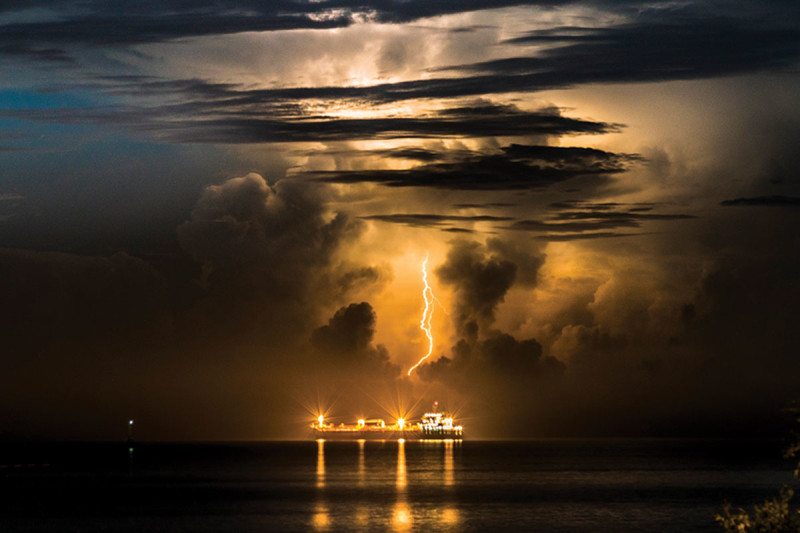 SHIPS spewing soot into the pristine ocean air are causing extra lightning strikes along busy maritime routes. It is a bizarre example of how human activities can change the weather.

When Joel Thornton at the University of Washington in Seattle and his colleagues looked at records of lightning strikes between 2005 and 2016 from the World Wide Lightning Location Network, they noticed there were significantly more strikes in certain regions of the east Indian Ocean and the South China Sea, compared with the surrounding areas. Unusually, they occurred along two straight lines in the open ocean, which coincided with two of the busiest shipping lanes in the world. Along these paths there were twice as many lightning strikes as in nearby areas. Compared to older siblings, second-born boys are more likely to go to prison, get suspended in school and enter juvenile delinquency. Why? Parents of first-borns are more invested in their upbringing…Now, because you’re comparing older brothers against younger brothers, you can assume the family environment for both kids is more or less constant. The data come from two very different settings, the state of Florida and the country of Denmark. Lots of things are different in those two places. But the researchers find consistent evidence when it comes to crime and delinquency.

One day in May of 1943 seven-year-old Margaret Treacy was playing ball near her home in Upper Manhattan when she was hit by an ice truck. She broke a leg so badly the shinbone pierced the skin. The wound became infected, and Treacy ended up at Presbyterian Hospital, where a bacteriologist named Balbina Johnson made an observation that would forever change how Americans stock their medicine cabinets.

Peering through a microscope at bacteria taken from Treacy’s wound and grown in a lab dish, Johnson noticed that some staphylococcus germs were being killed off by another type of microbe, an unusual strain of the soil bacterium Bacillus subtilis. “The study of these bacterial antagonists in contaminated wounds and burns should be carried further,” urged a July 1943 report on the case that I found recently in a box of mimeographed records in a basement archive at Columbia University Medical Center.

At the time, doctors had just begun using penicillin, the revolutionary antibiotic derived from fungal mold. So Johnson and a surgeon colleague, Frank Meleney of Columbia, did carry on, and found that the B. subtilis from Treacy produced an “antibiotic substance.” In 1948, the Food and Drug Administration approved an antibiotic medication based on the discovery—bacitracin, after “Bacillus” and “Tracey,” a misspelling of the patient’s name. That is the question researchers at Tilburg University in the Netherlands investigated in a study published this year in Accountability in Research. The team surveyed both scientists and highly educated nonscientists and asked them to rate the two categories of people in terms of objectivity, rationality, integrity, open-mindedness, intelligence and cooperativeness.

Both groups rated scientists higher on every one of these measures, yet scientists perceived bigger differences between the two groups than laypeople did. Comparisons between mountain ranges and tiny teeth come naturally to Pineda-Munoz because she studies animals’ mouths with a tool used by mapmakers: GIS, for geographic information system. The technology lets researchers take spatial and geographic data — whether it’s the distance between cusps or between peaks — and then quantify and analyze it.

Pineda-Munoz, an evolutionary biologist at the National Museum of Natural History, has used GIS to create a database of mammal teeth. The pearly whites of more than 100 species are characterized via six measurable features that are related to food processing and give clues about an animal’s diet. Each of those characteristics gets a number. Over the counter homeopathic remedies sold in the US will now have to come with a warning that they are based on outdated theories ‘not accepted by most modern medical experts’ and that ‘there is no scientific evidence the product works’. Failure to do so will mean the makers of homeopathic remedies will risk running afoul of the US Federal Trade Commission (FTC).

The agency argues that unsupported health claims included in the marketing for some of these remedies are in breach of laws that prohibit deceptive advertising or labelling of over the counter drugs.