Psychologists and sociologists have studied the phenomenon of sports fan violence and have found some interesting answers. Researchers attribute violent behavior to a heady mixture of factors: intense fan identification with a team, behavioral changes when people become part of a mob, and strong psychological and physiological responses when your team wins or loses.

And when American sports fans riot, it is almost always in celebration of a victory rather than a defeat.

People often split themselves into categories based on occupation, ethnicity, gender or other factors. Unlike race or gender, over which people have no choice, sports fandom is like a religion: It’s self-selecting but also strongly influenced by the environment, including family and other people with whom you grow up.

That sense of belonging it bestows can often be beneficial. In studies on college students, Wann has found that fans who identify strongly with a team often are less likely to feel lonely or alienated and have higher self-esteem.

A new medical study has found that children who play football before age 12 suffer mood and behavior problems later in life at rates significantly higher than those who take up the sport later.

The study, published Tuesday in the medical journal Translational Psychiatry, showed those who participated in football before age 12 were twice as likely to have problems with behavior regulation, apathy and executive functioning — including initiating activities, problem solving, planning and organizing — when they get older. The younger football players were three times more likely as those who took up the sport after age 12 to experience symptoms of depression.

A new study shows referees are much more likely to make calls that favor the team whose coaches and players are on the sideline closest to the potential penalty.

VEDANTAM: Well, it turns out that referees are vulnerable to yelling and screaming from coaches and players standing on the sidelines.

VEDANTAM: So Lopez, Steve, measured how often these kinds of judgment calls go in favor of the team whose coaches are on the sideline closest to where the potential penalty is taking place. He finds referees are much more likely to make calls that comply with what people nearest to them are demanding. Routine heading of a soccer ball can cause damage to brain structure and function, according to a new study from the United Kingdom that is the first to detect direct neurological changes by impacts too minor to cause a concussion.

The research, published this week in EBioMedicine, studied brain changes among amateur players, ages 19 to 25, who headed machine-projected soccer balls at speeds modeling a typical practice. Though the results seen were temporary, they trigger questions about possible cumulative damage done over time. 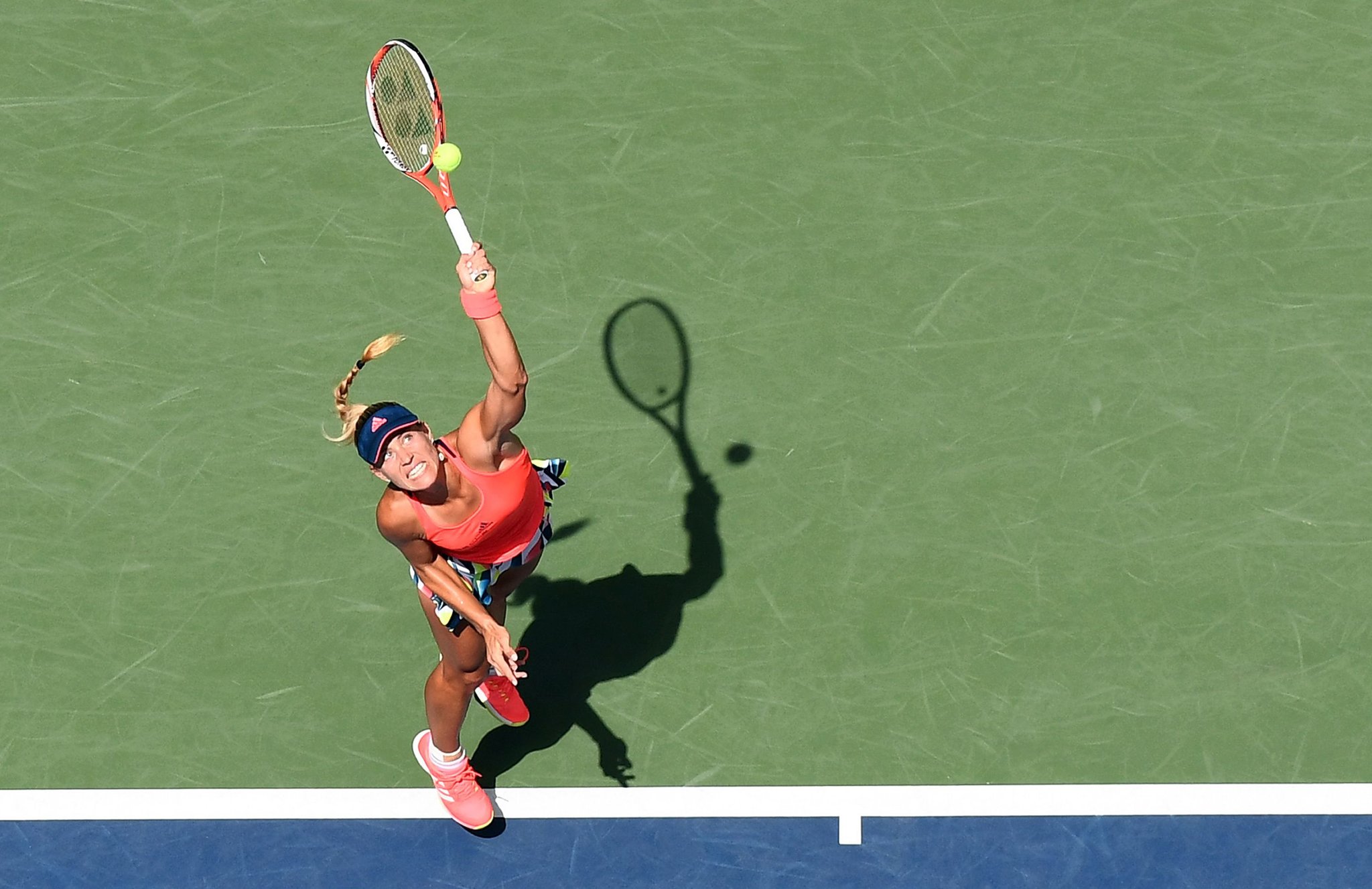 The first four shots consist of the serve, the return, and each player’s next shot.

In men’s matches through Sunday at the Open, winners won 84 percent of the short rallies. It was 88 percent at last year’s Open.

Performance in the first four shots had a direct correlation to winning the match. Through Sunday, the winners of men’s matches actually had a losing average (47 percent) in rallies of nine shots or longer. That is down from the 51 percent winning average on extended rallies at the 2015 Open. What is Wimbledon without the strange prop bets? Well, it’s definitely not as fun, that’s for sure. The wacky prop bets are what makes it stand out compared to other Grand Slams. Here is the list of prop bets bellow from bookie William Hill: 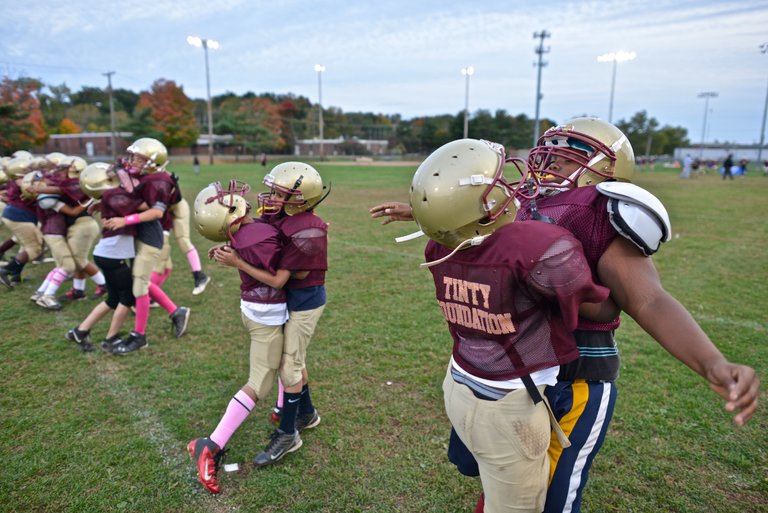 As increasing numbers of parents keep their children from playing tackle football for safety reasons, the National Football League and other groups have sought to reassure them that the game is becoming less dangerous.

The research and interviews with people involved with it indicate, rather, that Heads Up Football showed no demonstrable effect on concussions during the study, and significantly less effect on injuries over all, than U.S.A. Football and the league have claimed in settings ranging from online materials to congressional testimony.

This Fourth of July will see the claimed 100th anniversary1 of the first Nathan’s Hot Dog Eating Contest in Coney Island in New York City. For more than a decade now, the event — along with the sport of competitive eating in general — has experienced explosive growth, credited to both a broader audience and an interesting cast of competitors innovating in the field of shoving hot dogs down one’s throat.

But for all the ways the competitive eating scene now resembles a mid-major sports operation, the crown jewel of the eating calendar — now overseen by Major League Eating — has only recently begun to maintain detailed records of exactly who ate exactly what.

Players who are known for having “team player” attributes — those who take rookies under their wing, who spend a lot of time watching film, who are known for spending extra time in the weight room — were picked earlier in the draft and paid more, according to a study published in the current issue of the Journal of Applied Psychology.

After controlling for several factors, such as physical prowess and the competitiveness of a player’s college conference, the researchers found that team-oriented behaviors were just as good at predicting success in the draft — as well as performance over their NFL careers — as how many tackles they had or passes they threw on the field. 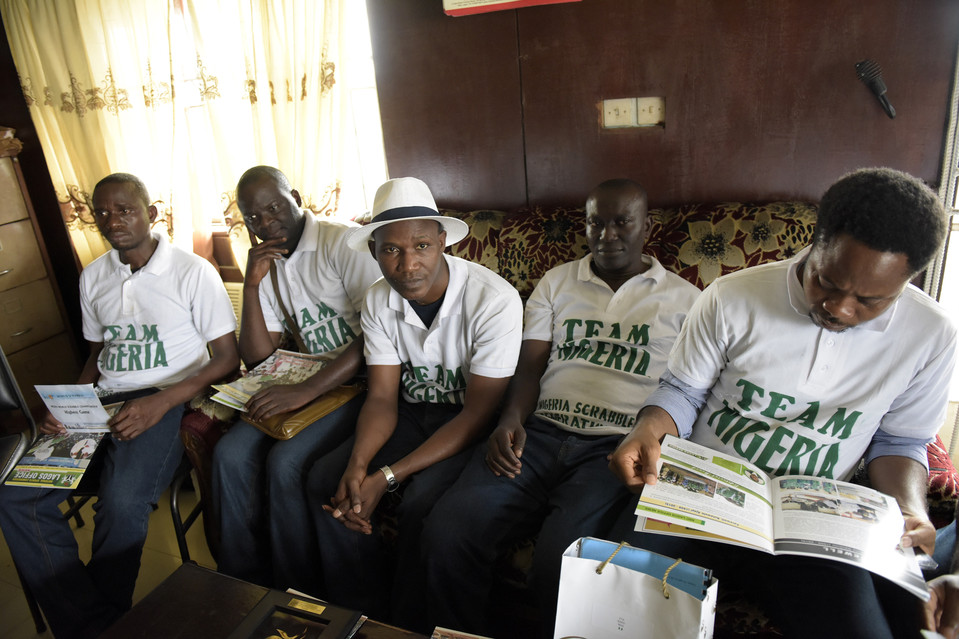 Nigeria is beating the West at its own word game, using a strategy that sounds like Scrabble sacrilege.

Last November, for the final of Scrabble’s 32-round World Championship in Australia, Nigeria’s winningest wordsmith, Wellington Jighere, defeated Britain’s Lewis Mackay, in a victory that led morning news broadcasts in his homeland half a world away.